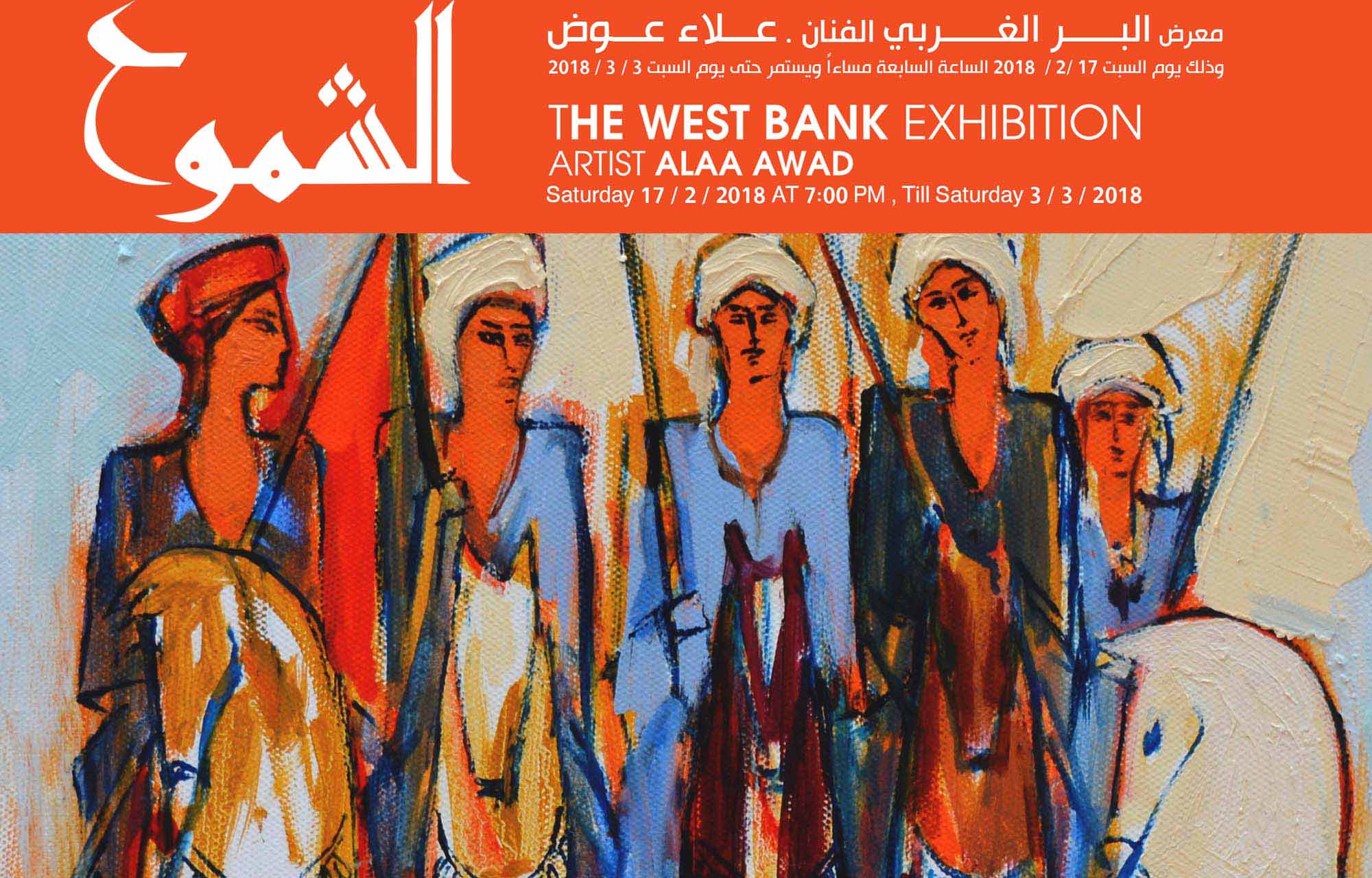 The West Bank in an exhibition.

Luxor’s famed West Bank, home to a vast number of fascinating tombs and temples that date back to Egypt’s New Kingdom has been the focus of the painting exhibition “The West Bank” from Alaa Awad at al-Shemou3 Gallery in Maadi, Cairo. The exhibition is organised by Lotus Abdel-Karim, General-Manager of al-Shemou3 Foundation for Culture and Arts. It opened 17 February and runs till 3 March.

The theme title of the exhibition reflects his source of inspiration: the ancient Egyptian civilization and the art that expresses it on Luxor’s West Bank. He tackles the aesthetics of folkloric heritage through depicting Egypt’s simple people, their life and activity. The influence of ancient Egyptian art is unmistakable in this paintings, the lines and formation. He uses light and shade to manifest the elements in his paintings and bring out the minor details. 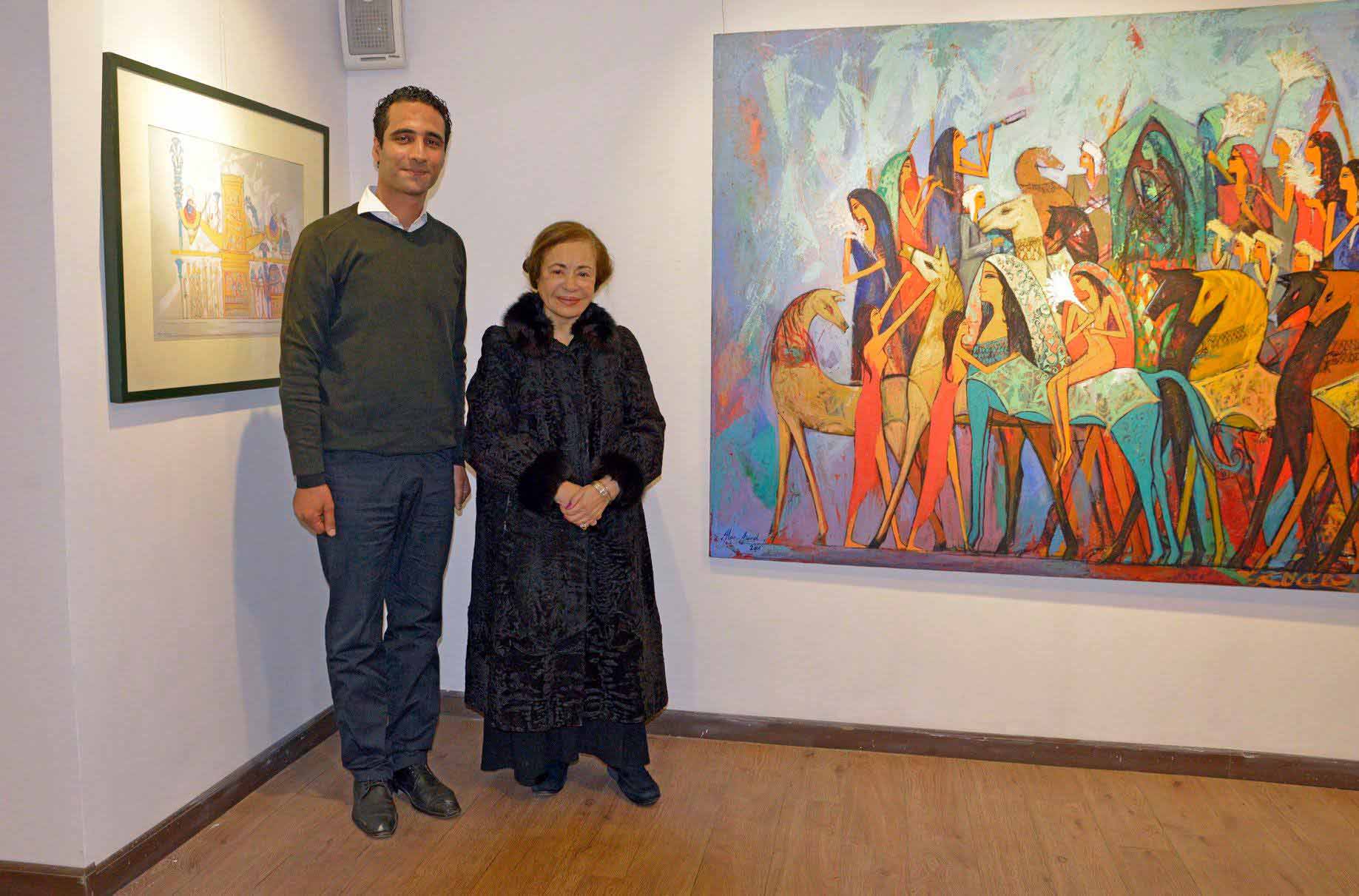 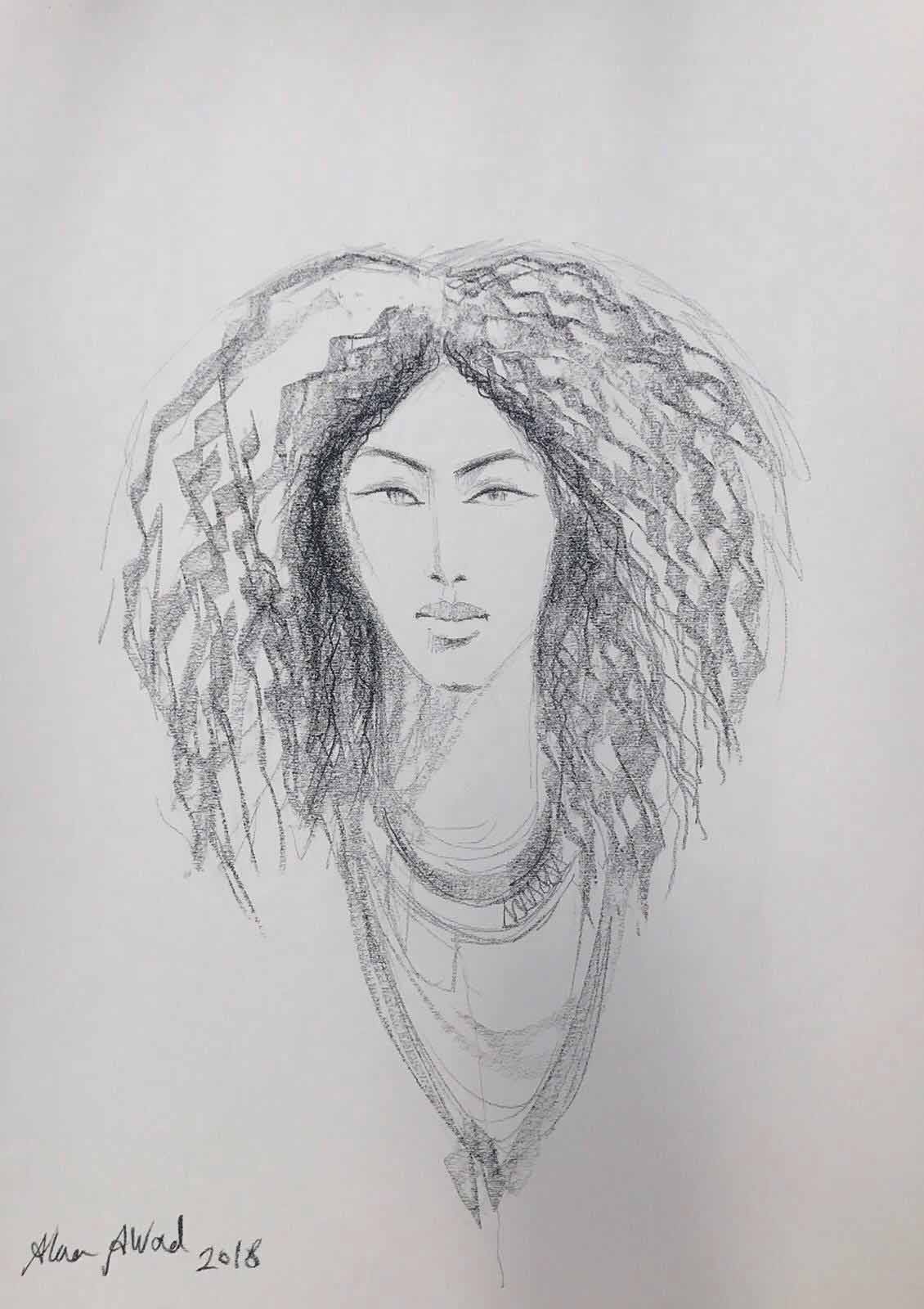 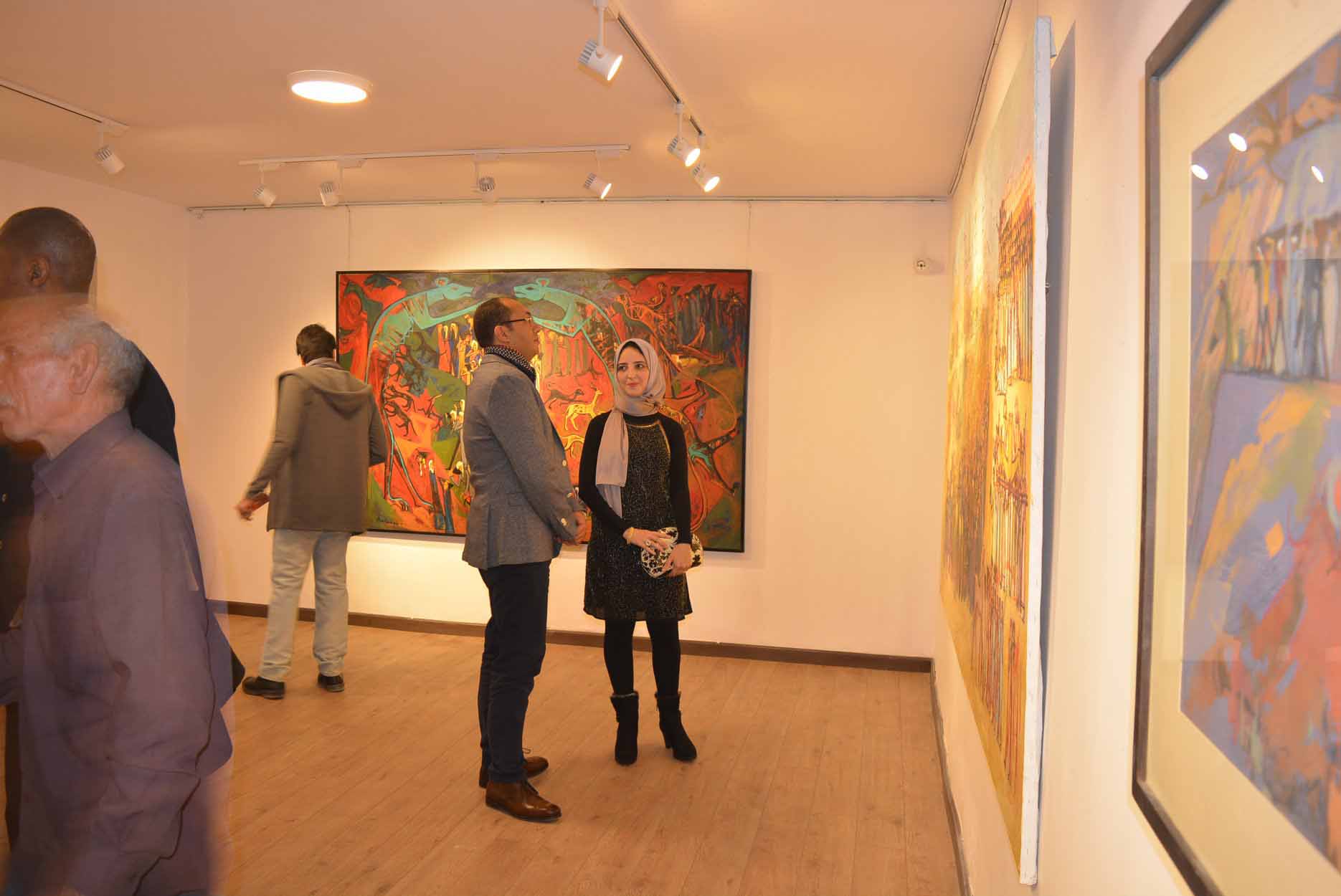 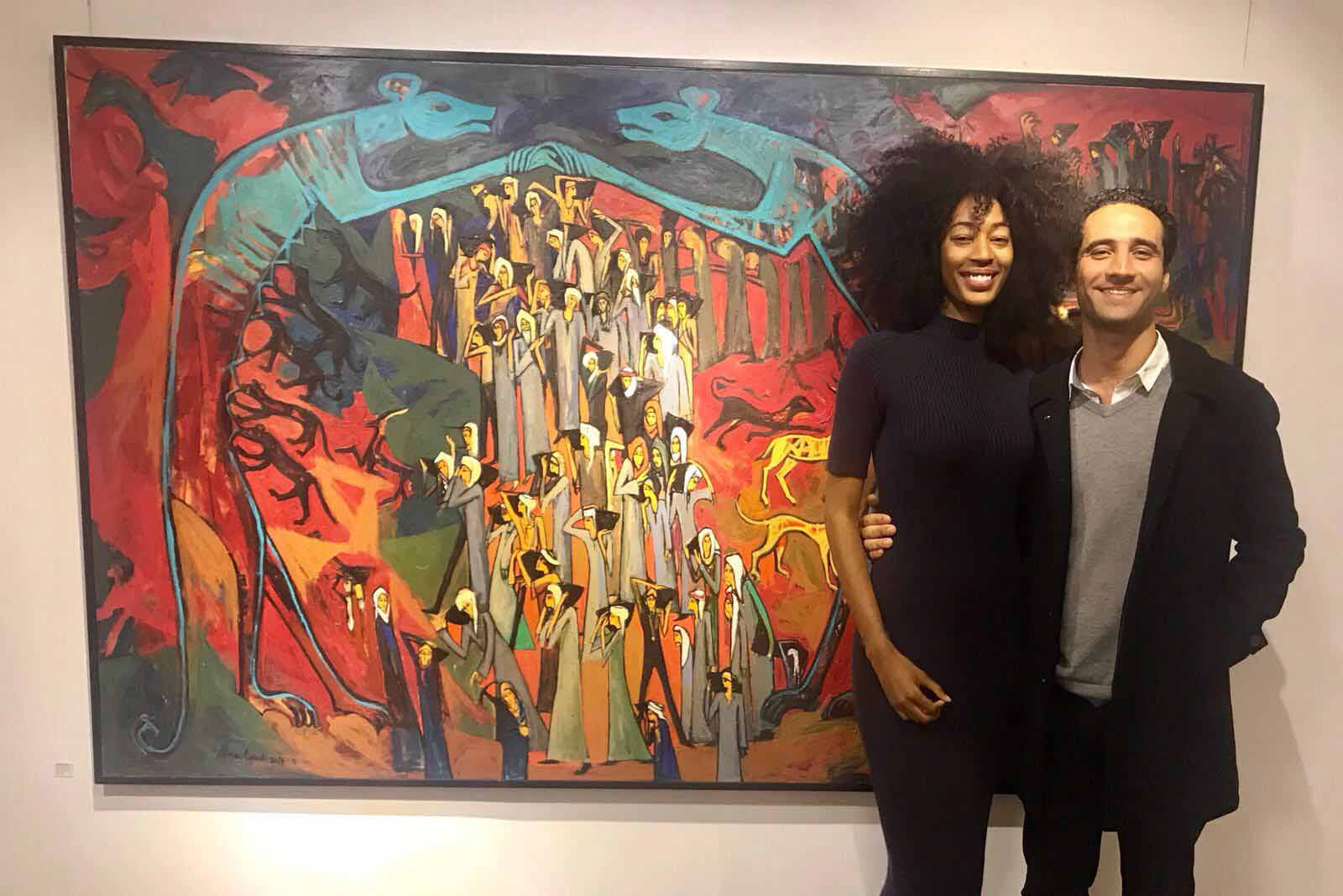 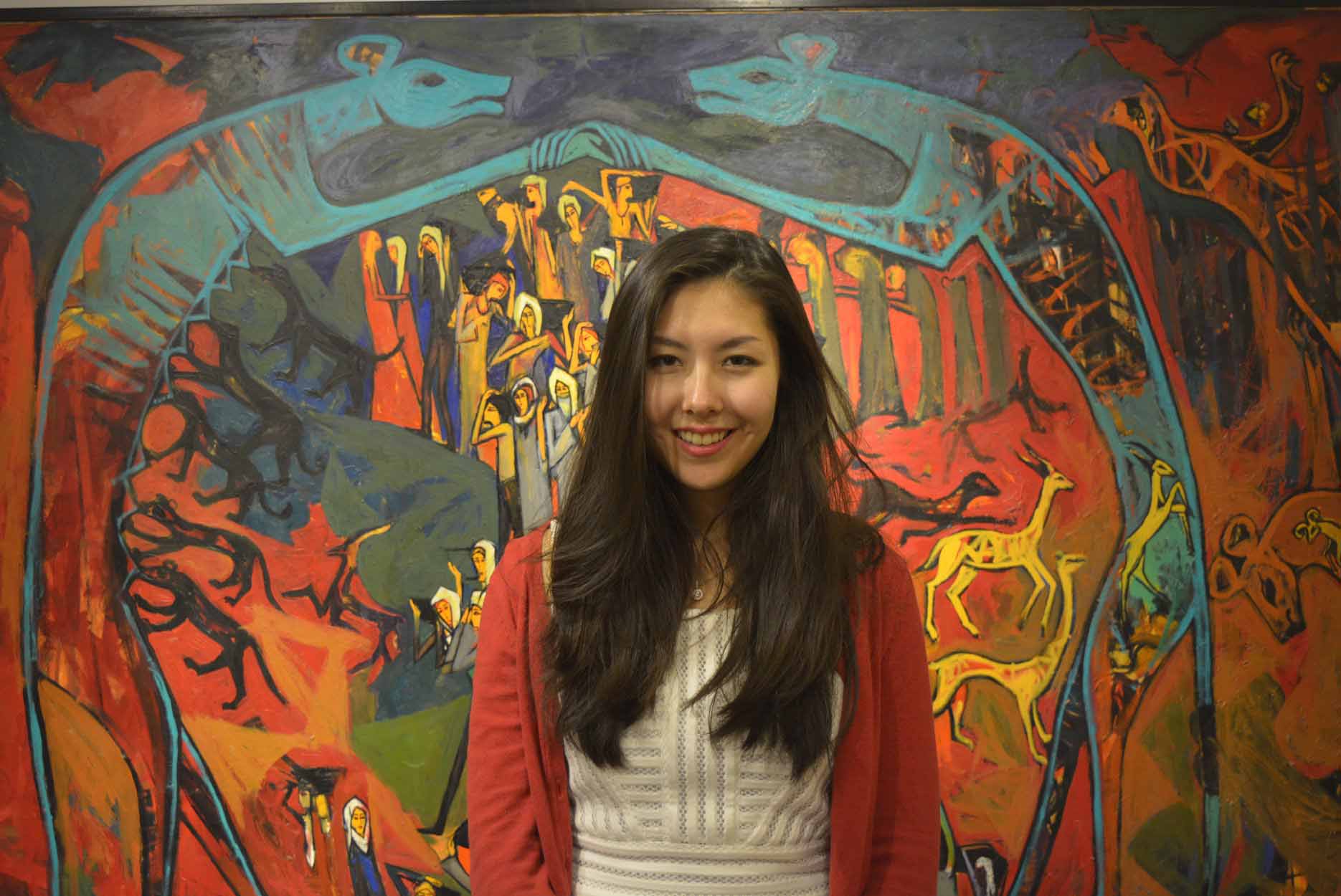 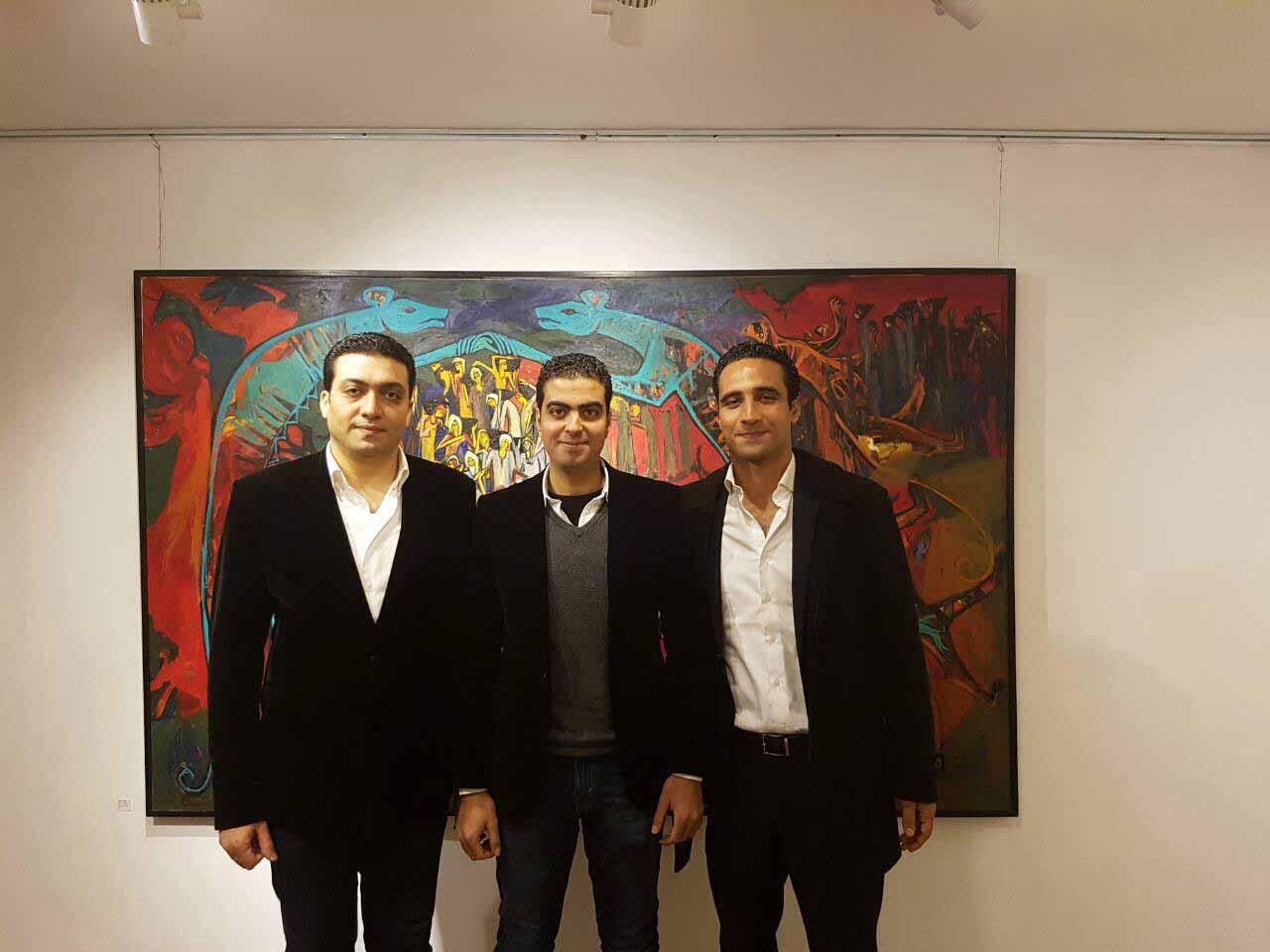 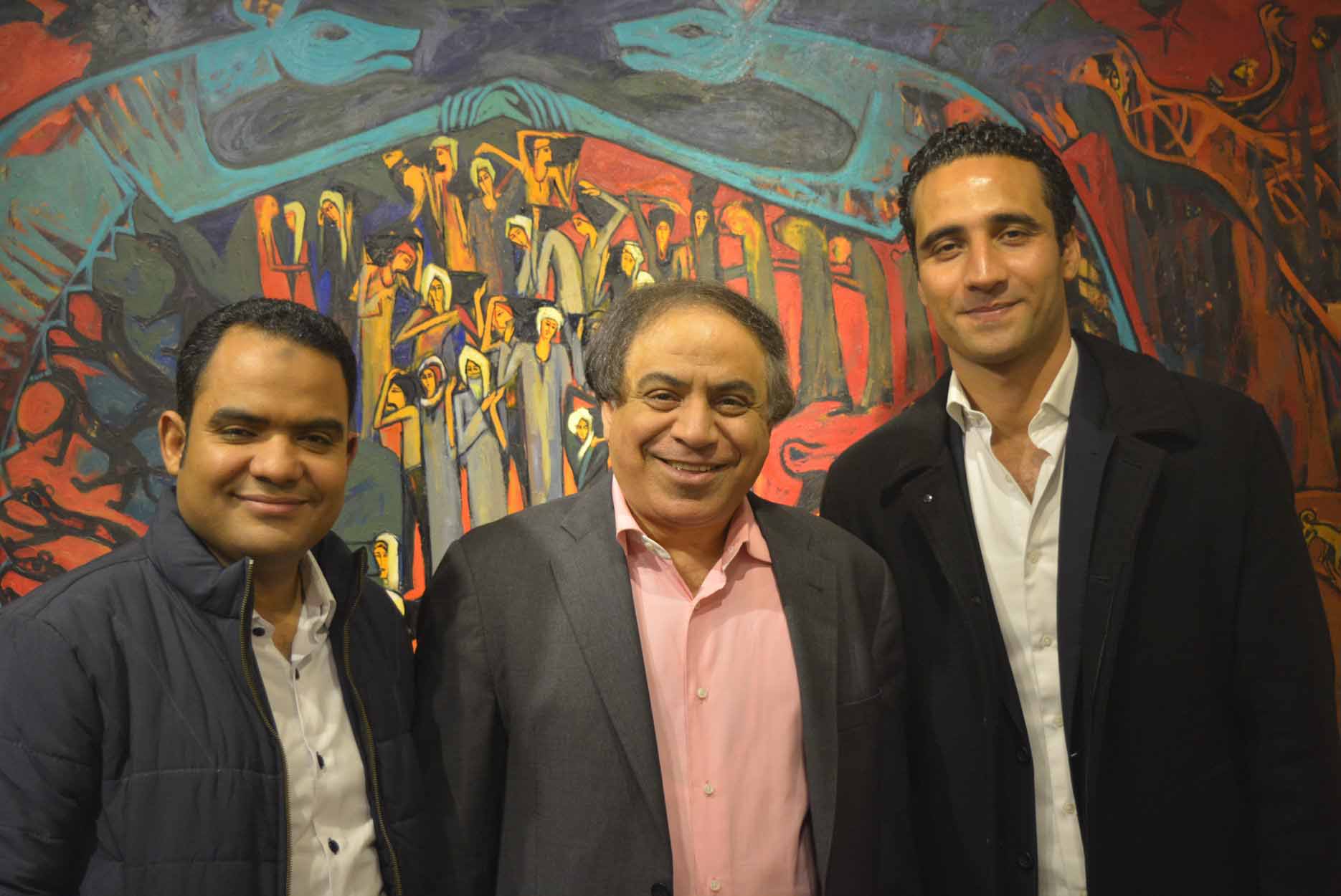 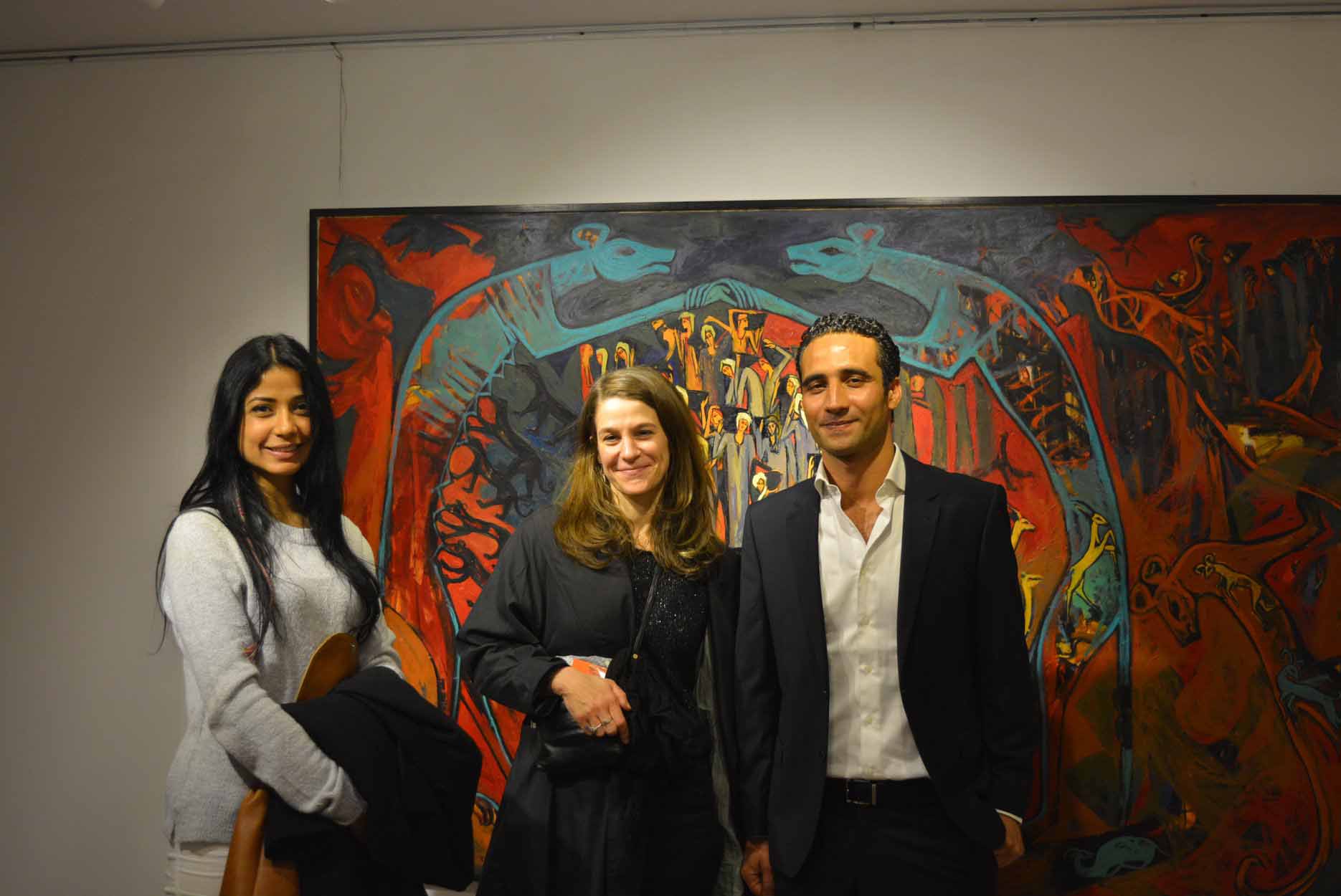 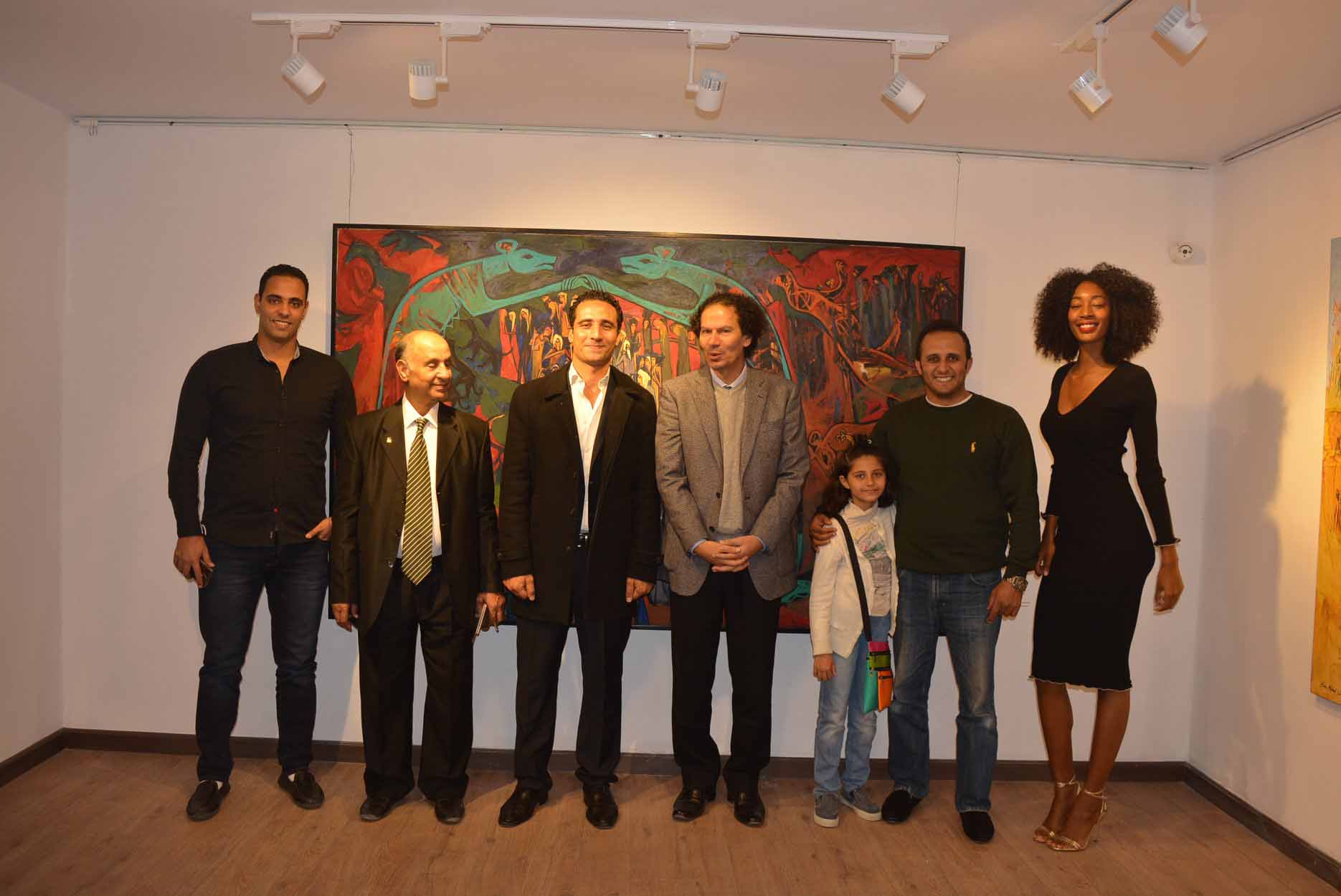 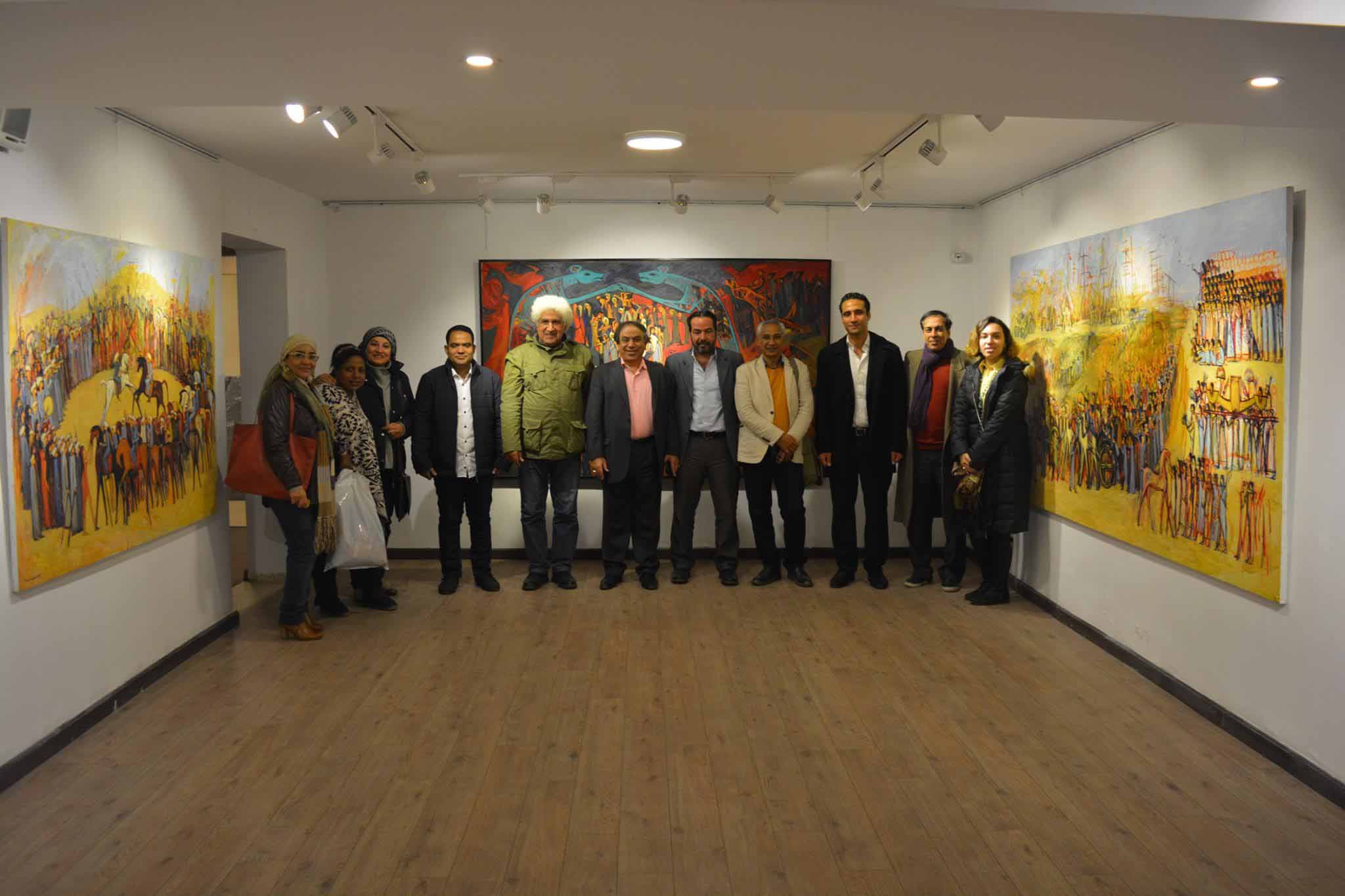 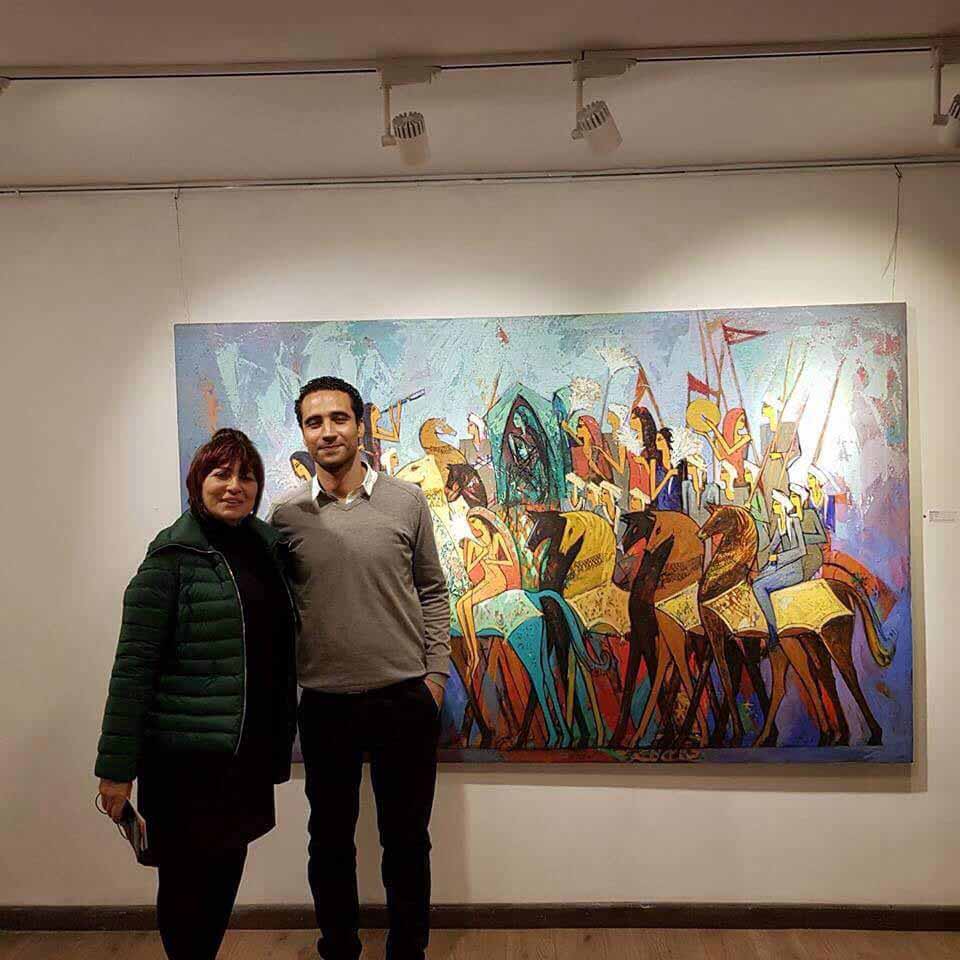 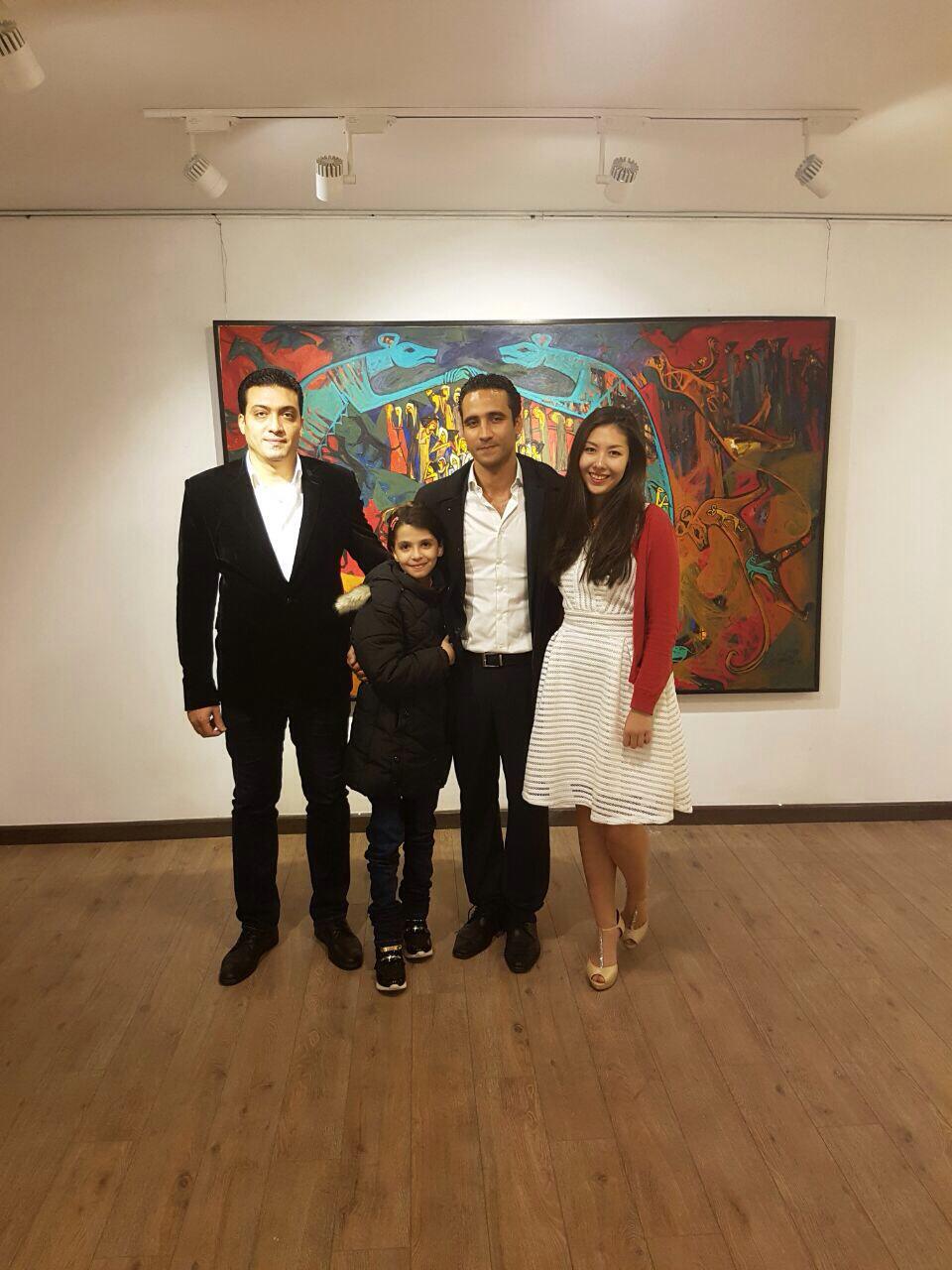 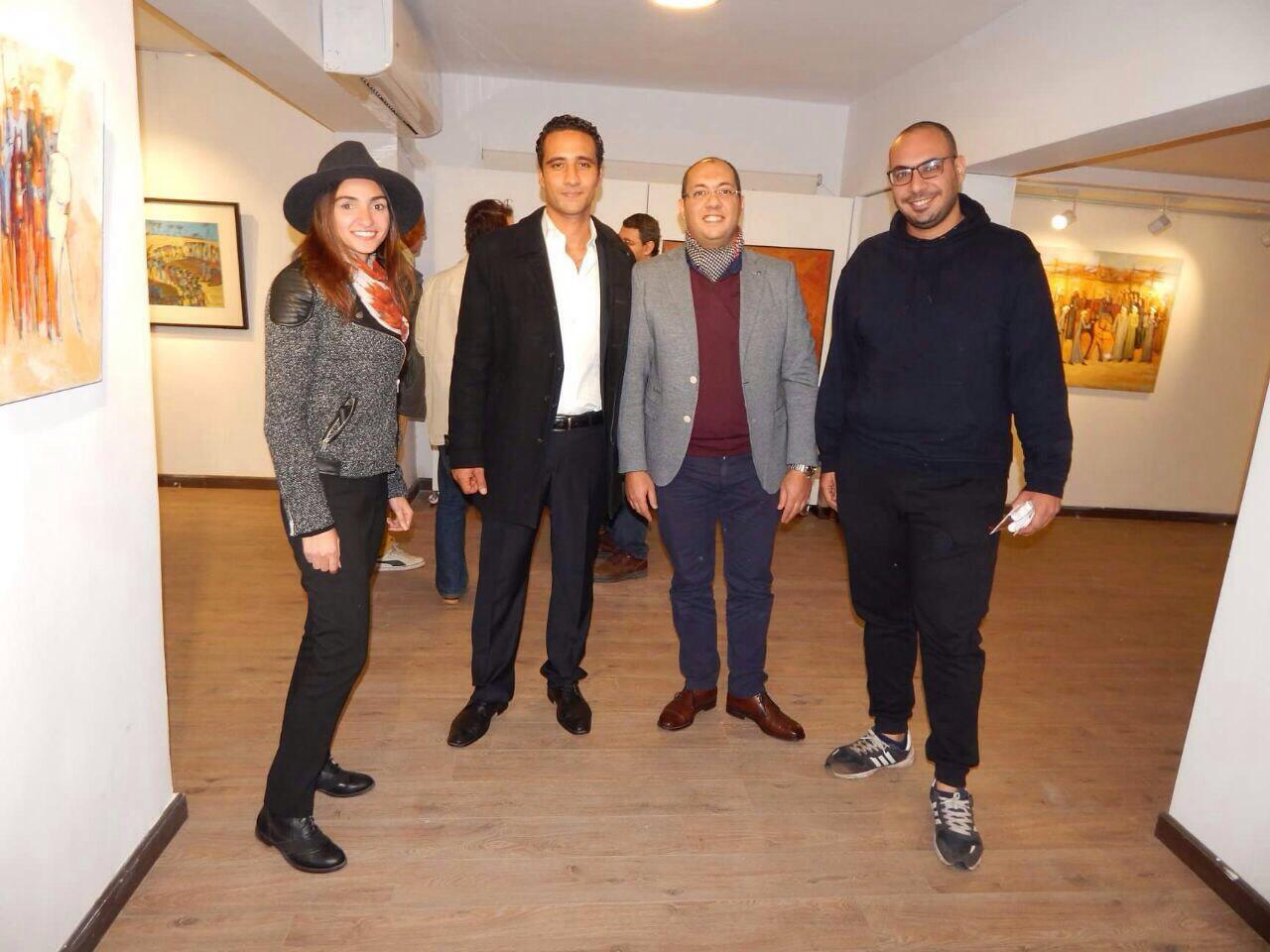 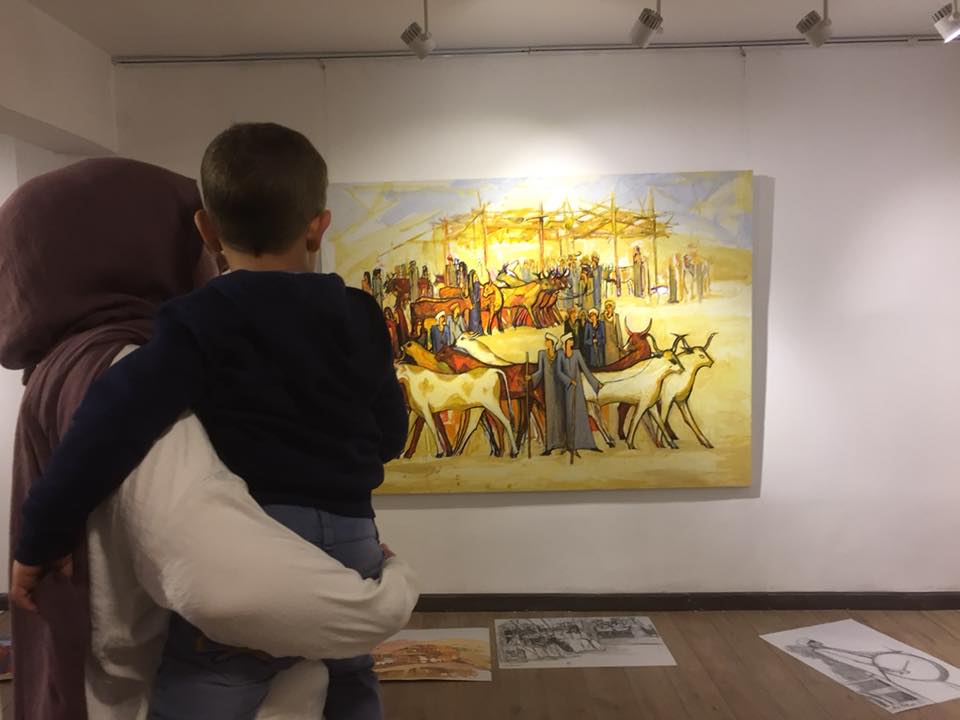 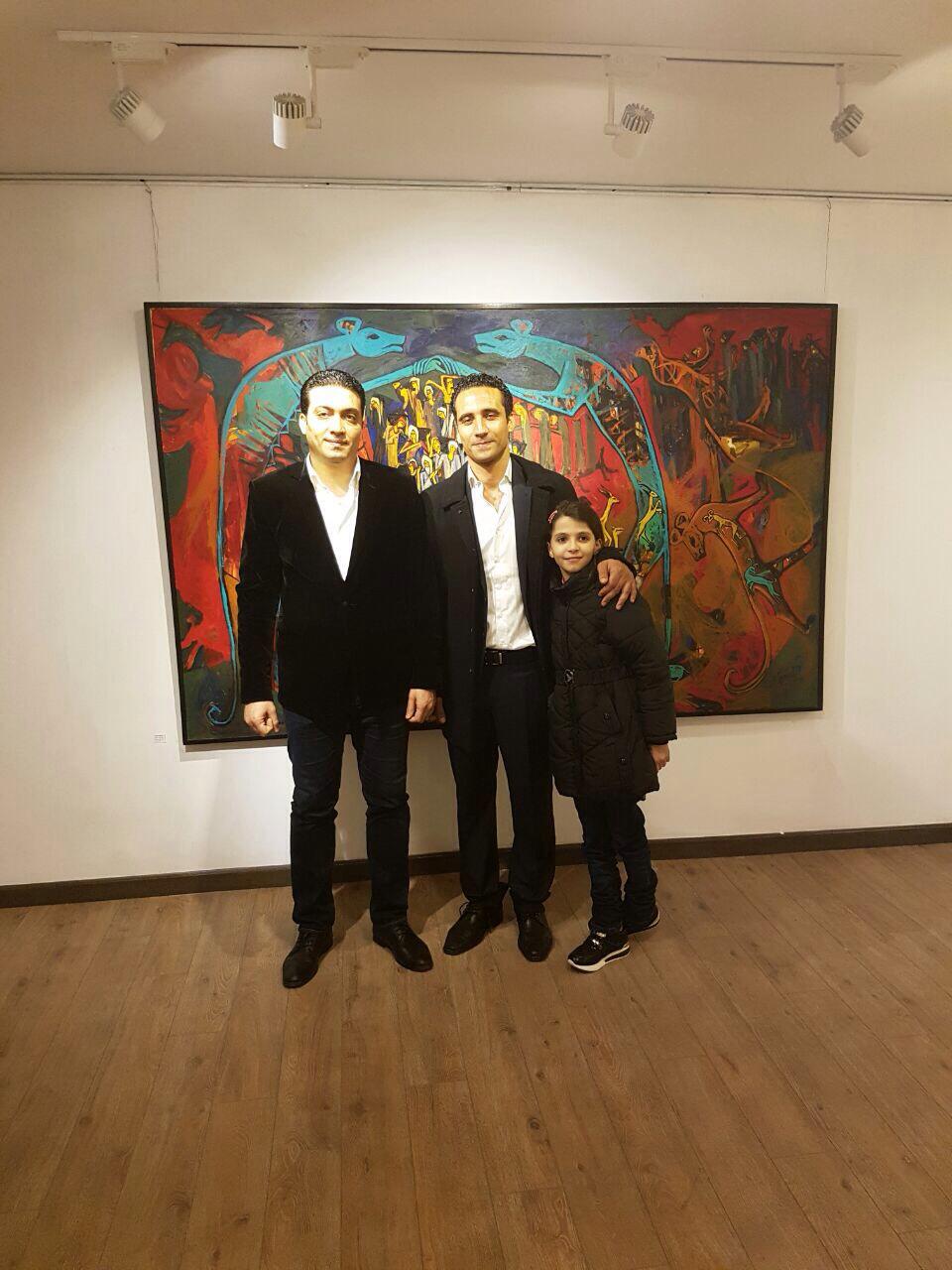 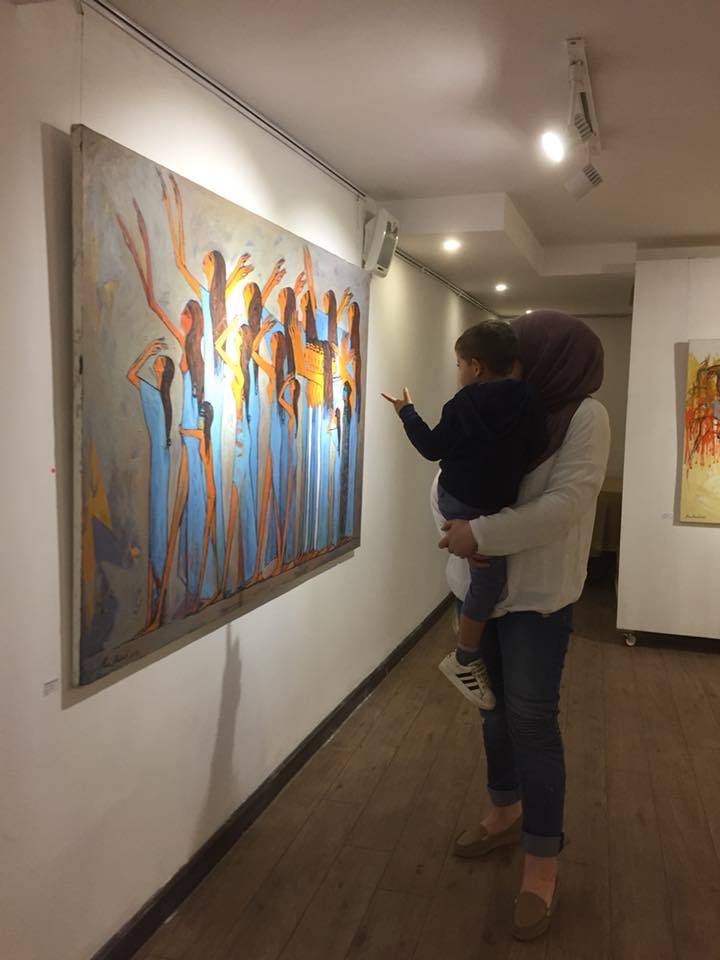 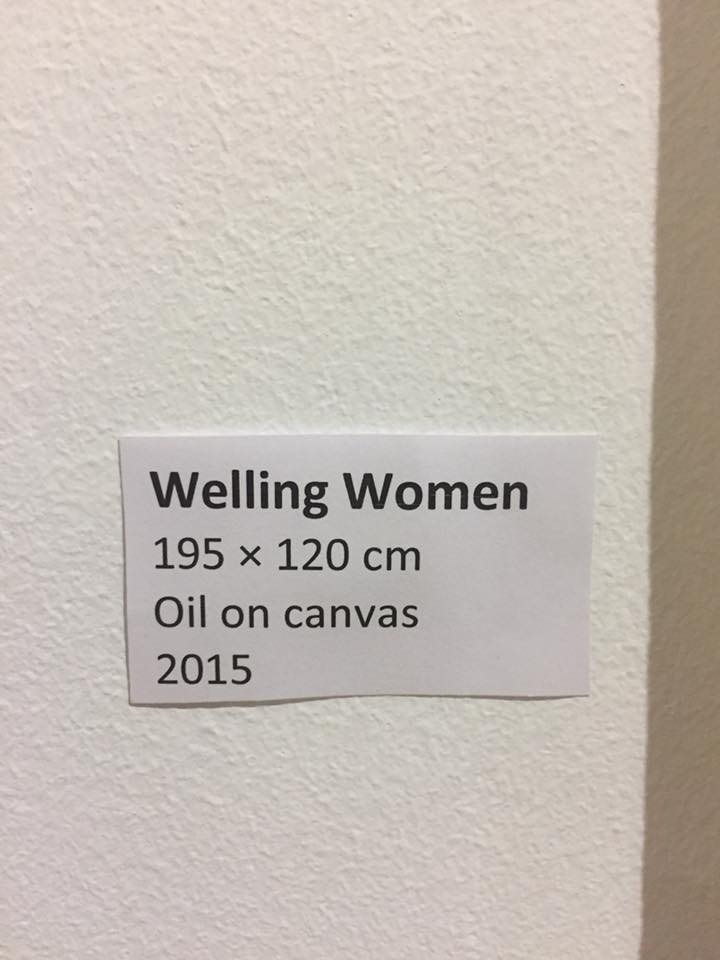 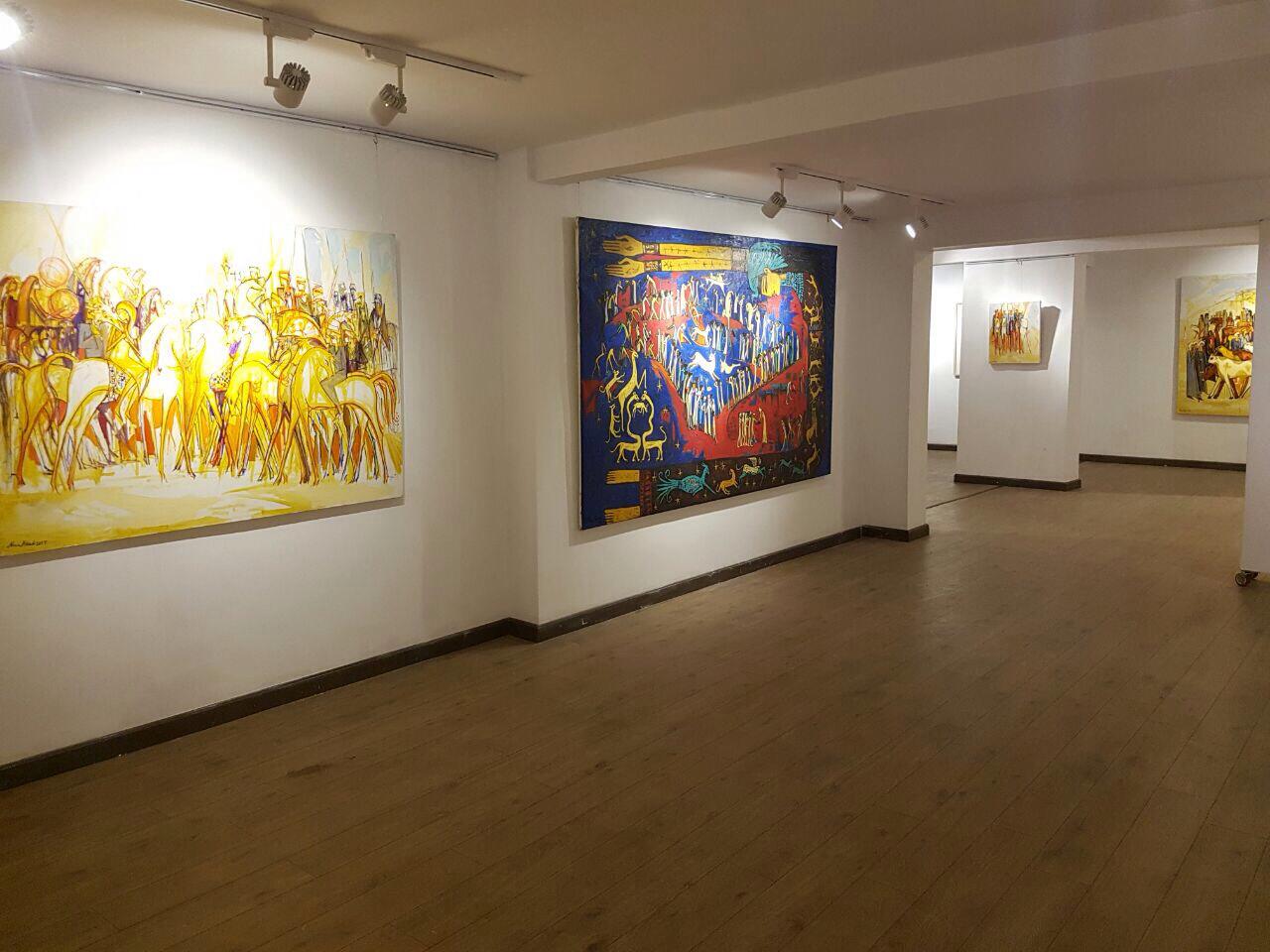 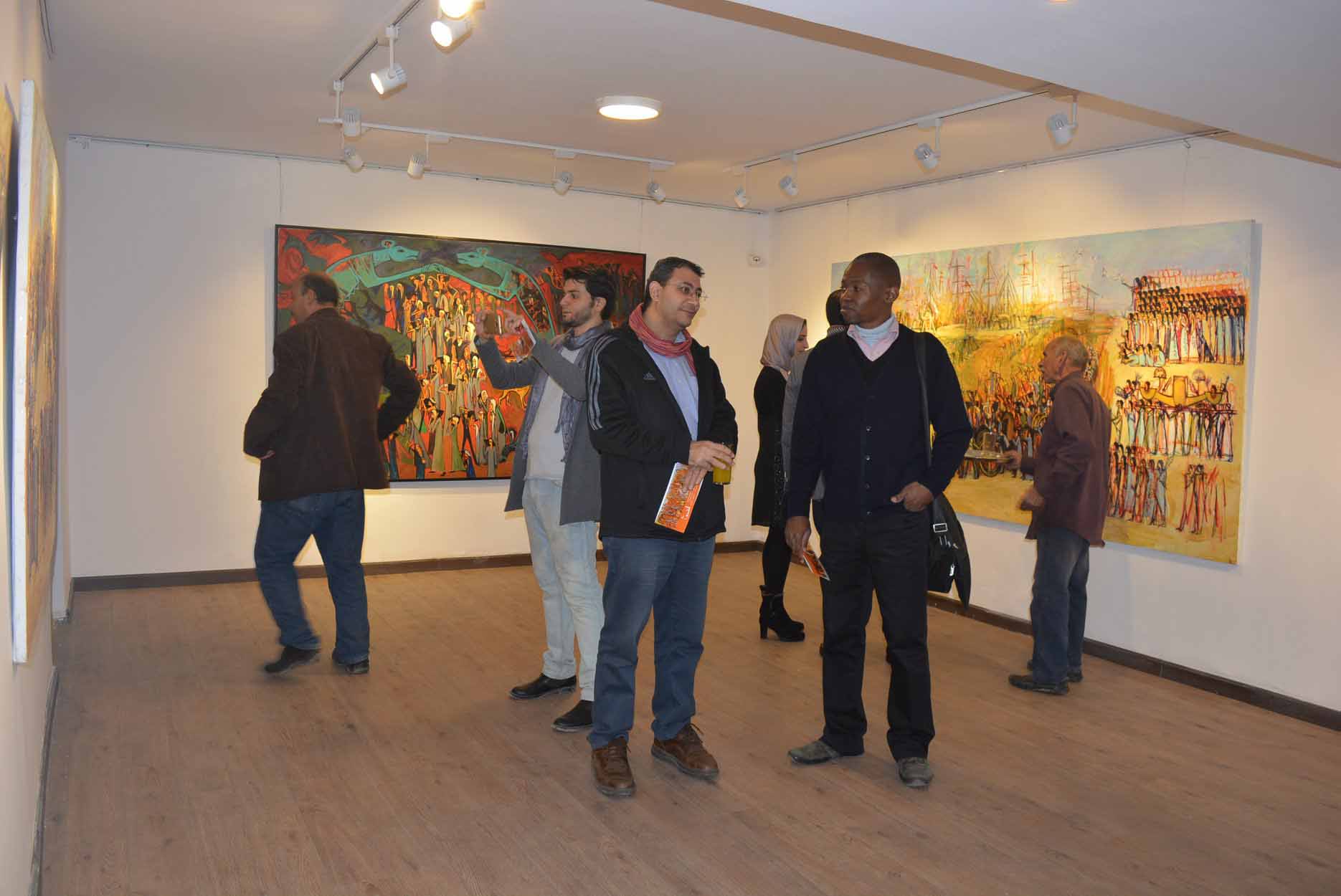 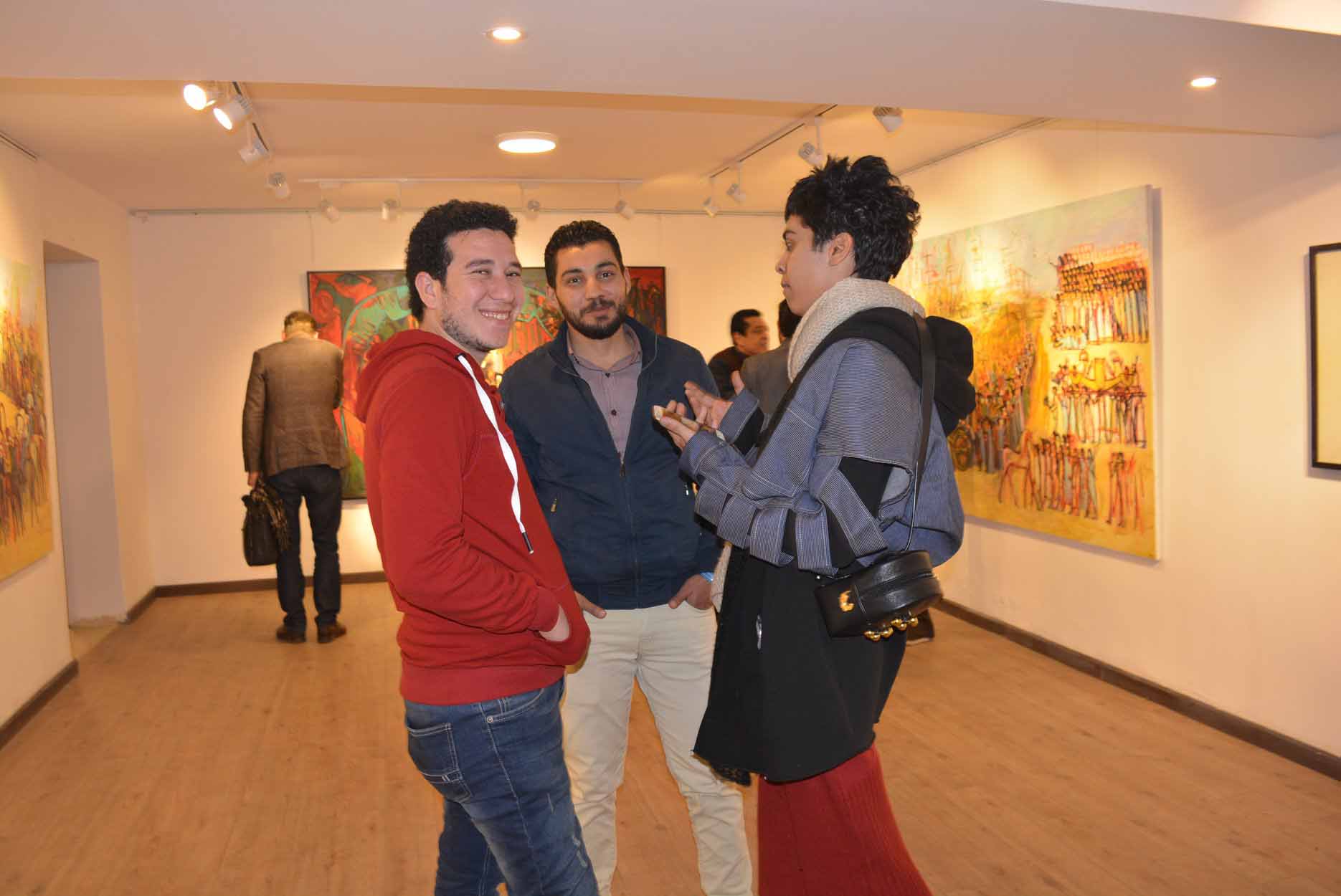 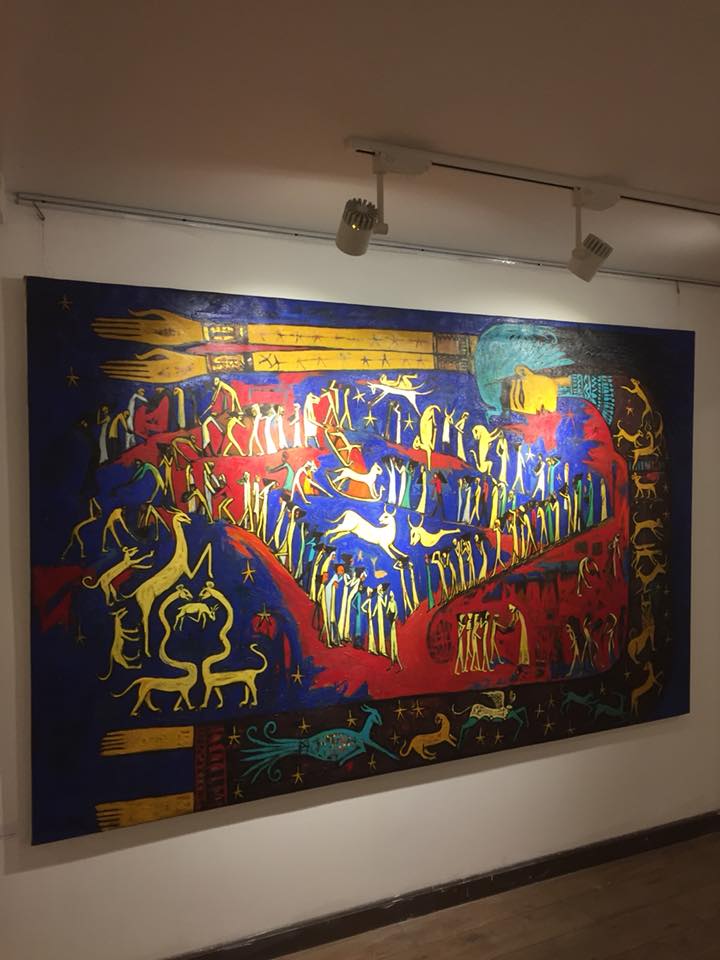 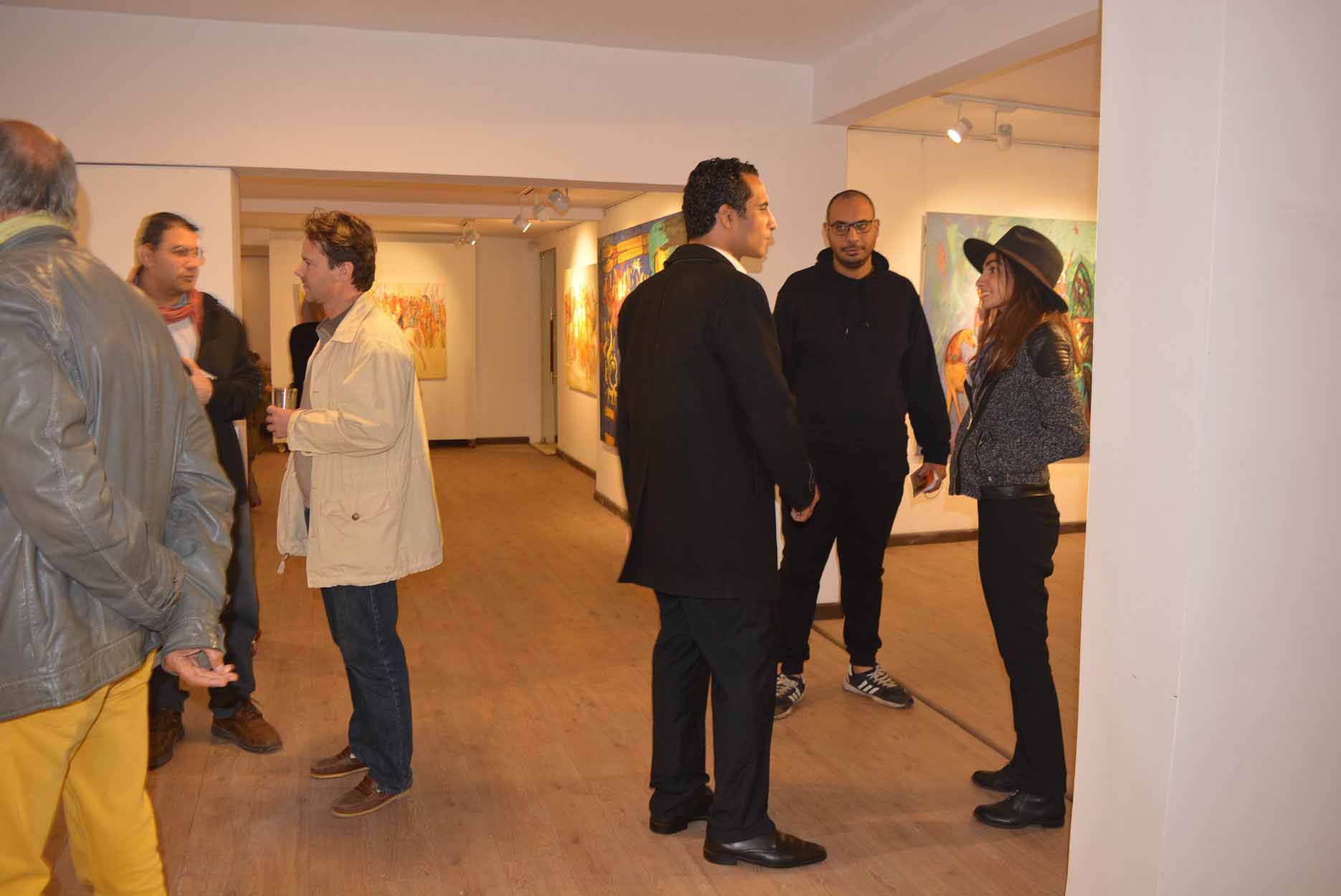 The Son of Liberty’s Heritage

Alaa Awad is an artist who knows how to benefit from his own diverse cultural and artistic Egyptian heritage. By employing both culture and heritage, he is able communicate a depth of richness and uniqueness into his work, taking on most especially, the inspiration of ancient Egyptian heritage. Perhaps millions within Egypt and nations throughout the world know of his funerary mural painted in 2012 on Mohamed Mahmoud Street near Tahrir Square. Alaa Awad’s mural harnessed the soul of the Egyptian People giving an unmatched yet muted voice to the tumultuous emotions and events that took place during the Egyptian revolution.

These murals, unfortunately, have been removed by authorities, in general, have a negative view of public art and therefore, cannot appreciate the art of painting on public walls, often mislabeled as aimless „graffiti“. The context of much of the public art on Mohamed Mahmoud Street contained significant mention towards the ruling authorities through significate periods of Egyptian history.

In 2003 Alaa Awad won the prize of the Al Shomoa Foundation for Culture and Arts, along with his colleague and companion, artist Ramadan Abdul-Maqtam.

I am thrilled to see his return to Al Shomoa Gallery. I consider Alaa Awad as the son of liberty’s heritage, the son of free art. Without conditions or restrictions, he possessive vast knowledgeable of his cultural heritage and takes great pride in incorporating his Egyptian identity with his work.

In 2012, Alaa Awad’s completed his master’s thesis, entitled, “The Influence of Gustav Klimt on Modern Mural Paintings”. The appreciation Awad has towards Gustav Klimt’s style and work has indirectly inspired his own work.

Awad’s murals contain intricate groups within the scene, taking in both ancient Egyptian inspiration and modern Egyptian topics. In addition to blending the old with the new, his expertise in bold and rich colors convey a feeling of sacredness and fluidity, revealing an open and invisible connection that is only felt by those with high sense of appreciation to heritage and history.